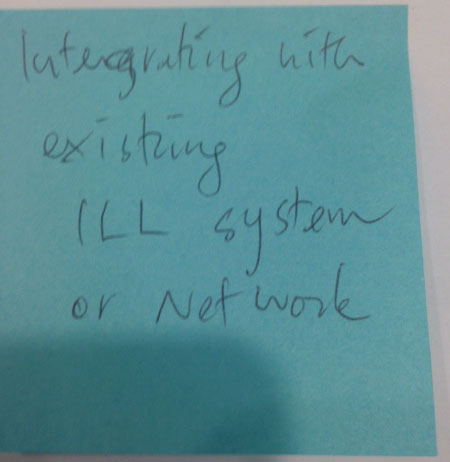 I’ve long been interested in some sort of tiered (sequential?) resource sharing functionality, but it’s the sort of thing which may be better suited to either third-party add-ons or integrated with discovery instead of back end.

With unmediated or mediated pass-on of requests at each step

That makes sense to me, Tania. And ultimately it probably doesn’t matter to the user from where the request is fulfilled. What might matter is only the expected time it would take to fulfill (which gradually gets longer and longer with each step in your list).

Ideally I’d love to have something appear in the patron’s master account (discovery, or whatever is integrating with FOLIO to display a patron’s relevant library bits) that shows what they have requested. Could conceivably show status updates there, and patrons could subscribe to some kind of push notification. In order to do that, I’m thinking FOLIO has to know something about a request and its current location / disposition.